The world of VOICE is composed of original montages incorporating NASA footage, anatomical diagrams of the Human nervous system and documentary-style outdoor footage.

While the psychoses, Echo & Lyssa, tour outer space dressed to the nines in beautiful clothing, often including hats, Psyche – when not wearing the uniform of the depressed, a bathrobe – begins to find her own heart and starts painting again.

Psyche’s therapy sessions are portrayed through monologues given directly through “the Fourth Wall” to the camera.

VOICE is not an autobiographical downer confessional about bipolar disorder. VOICE is about the infinity of freedom and joy that one can achieve through self-discovery and following his/her bliss.

I made this movie all by myself in my livingroom except for 2 follow shots by my husband. I created the montages. I created the sounds using my own voice and everyday sounds in my environment. There are 24 teasers in this Vimeo album: 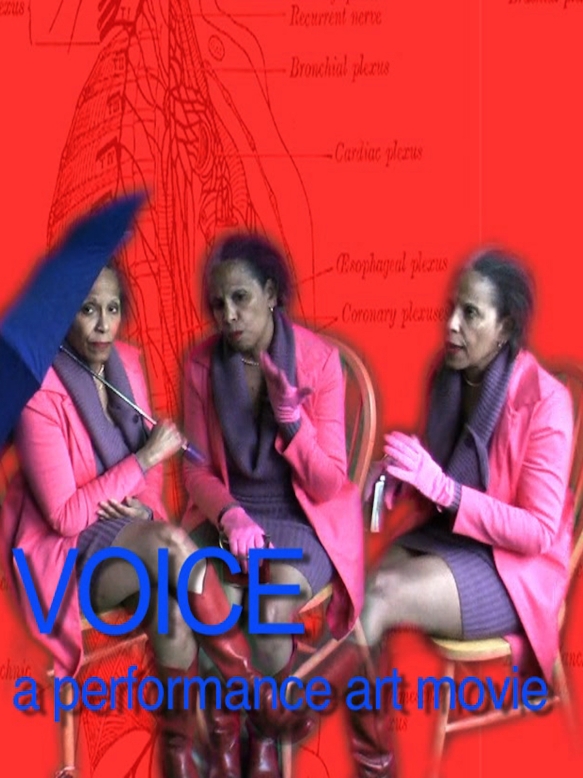 “This is called Voice because she has a lot to say. And she makes you think.” Pamela Pitt review.